Animal Resources of Tidewater was founded in 1999 as Animal Rescue of Tidewater. Initially, our singular focus was on rescuing and re-homing individual animals. While it made a huge difference to the individual animal, we realized it was not the most effective way to create broader change in our community.   One of ART’s most important early programs was the Pit Bull Awareness Coalition (PBAC) which dispelled the myths and misconceptions surrounding bully breeds, promoted the end of breed discrimination and raised awareness about the true, loving nature of pit bull type dogs.

Today ART focuses the majority of our resources on lifesaving programs such as spay/neuter, medical assistance to keep animals in homes and legislative advocacy to ensure better laws for animals and the people who love and serve them. In fact, we typically spend over $100,000 annually assisting families whose pets need veterinarian care but cannot afford it, and providing free and low-cost spay/neuter for owned pets and community cats with the over-arching goal of reducing shelter intake and thereby increasing the save rate in Hampton Roads shelters.

ART began a pilot project of spaying and neutering animals at no cost to citizens in the Ocean View neighborhood of Norfolk in the spring of 2009. Over the next 12 months, we gathered data to identify neighborhoods where low-income and high-calls to Animal Control for strays intersected. As a result of that research, SpayHR was launched in 2010. Free spay/neuter has been offered to several targeted neighborhoods and low-cost services are both marketed and offered to other areas. Since we began, nearly 6,000 animals have been altered with grants from various organizations, in addition to generous donations from private donors. The program is ongoing and the impact we are having on controlling unwanted litters is significant. We are proud to report that the City of Norfolk issued a Resolution honoring ART for these efforts.

ART provides funding for pets when families cannot afford medical care.  Services range from a simple bag of food to tide an owner over to the next paycheck to a significant surgery meaning life or death for the pet.   ART is able to provide this unique service because of the generosity of our donors and grants from private foundations who support our shelter-intake-diversion efforts.  Because of our partnerships with some generous area vets, we are able to stretch dollars donated for animal care.

ART has been helping families with pets who need emergent medical for over a decade but the demand for service has increased significantly in recent years.  In 2015 ART provided medical assistance to 181 dogs and cats, in 2016 the number rose to 231, and in 2017 to 252. In 2018 ART responded to approximately 344 calls for service.  ART volunteers responded to each and every contact.  In some cases, help was provided with support that did not require funding.  Overall ART funded veterinary care to 254 dogs and cats in 2018.

The goal of this program is to keep pets in their homes and out of shelters and it is clearly having a measurable, lifesaving impact.  In 2015, the save rate for sheltered dogs and cats in Hampton Roads was 71%.  In 2018, the save rate rose to 78%.

We are deeply grateful for the community’s support of this vital, life affirming initiative.

Members actively advocate for better laws and policies for animals and their caregivers in their respective communities and at the state level.  ART believes a society which values animals is founded upon policies, laws and regulations which protect pets.

Though ART is no longer actively engaged in rescue efforts, in the early years, we rescued and found homes for approximately 2300 pets.  We are very proud of that beginning and the lives saved by our efforts. 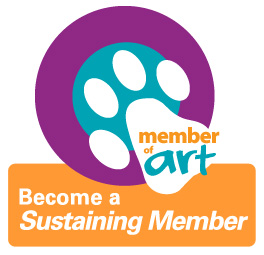